‍There are many claims about meditation improving your life: meditation relieves anxiety, improves focus, boosts job performance, makes you happier. These claims are driving rapid growth in the health and wellness industry and sparking a surge in “mindful” products and even meditation apps on your phone.

But why do people believe that all these claims on improving their lives are accurate? This piece will discuss the history of how meditation was used to improve wellness in traditional Buddhism and how it has transformed in America. I will then explore the claims that have been made by marketers and identify which benefits hold true with the definition of meditation.‍

‍Before we discuss its history, we should define meditation. Meditation in its simplest form is a mind training exercise. You focus on one thing intensely. The meditation practice originated with the Buddha, his goal was to eliminate suffering.

In ancient Buddhism, they believed that if they resisted basic human pleasures (sex, possessions, family, eating after noon) they would enter a “superhuman” state of being that would free them from the endless cycle of birth, suffering, rebirth (McMahan and Braun). They called this state “nirvana”. “Nirvana” literally means “enlightened one” and to reach this state is the ultimate goal of the meditation practice in Buddhism (McMahan and Braun).

Today a lot of people use meditation as an exercise to improve focus, clear their minds, and improve their mentality on life. Oftentimes meditation is used as a vehicle for achieving “mindfulness” in everyday activities. We will describe mindfulness as a heightened sense of consciousness around the choices that we make to improve our personal well being. Meditation is practiced in many different ways. There are many sub cultures of meditation, yet they all share the same tenet from the definition we used earlier; a mind training exercise.

Common ways of practicing meditation today are breathing meditation, guided meditation, and visualization meditation to name a few (McMahan and Braun). Breathing involves focusing on deep inhales and exhales to relax the mind and generate awareness around your body. Guided meditation involves listening to the voice of someone else and answering (in your head) prompts from them that are used to generate awareness and reflection. Visualization meditation is the practice of focusing on picturing one thing in your mind. You could envision something positive happening (in hopes of manifesting it into your life), or like some buddhist monks you could visualize a mandala in hopes of reassembling it from memory.

Buddhist monks will spend months visualizing a mandala to get every detail correct so they can recreate it by hand from their memory. Mandalas are circular spiritual symbols with a variety of complex shapes and colors. The intricacies in the symbol give each mandala different meanings but in general they represent an individual's journey through a never ending life. In another example, Olympic athletes like Michael Phelps have been known to use visualization meditation to envision themselves winning a competition (Wilson).

‍Wellness is a broad term, it encompasses all areas of improving health. Meditation was originally used to focus on ending suffering. In the early 1900s the meditation practice transformed so it could be spread and adopted easier. A Burmese monk named Ledi Sayadaw simplified the practice in his book, The Manual on Meditation, so that it could be practiced by everyday people (Braun). He boiled the practice down to 10-15 minute breathing techniques (Braun) people could use to calm their minds and observe the thoughts that were going on in their heads. By doing this it created a sense of self awareness and control in the mind of the practitioners that relaxed them. As a result of the simplification, this made it easier for missionaries to spread the word.

Once the idea spread to America there were many organizations being made to practice, they called this practice “New Thought” once it came to the west. The most iconic was an organization called Greenacre in Maine. In the early 1900s Greenacre was the most popular destination for “New Thought” conferences and leaders and most of them were women. They said that the practice served as “a form of female resistance to male abuses and as a source of empowerment” (Hickey). After seeing the growth of the New Thought movement the psychologist, William James, said “the medical professionals in the United States are beginning to open their eyes” (Hickey).

This generated awareness from psychologists and doctors to understand how they were improving their lives with meditation. As a result, elite psychologists began mainstreaming the practice into modern medicine, this was referred to as The Emmanuel Movement. One of the people involved in the movement was Norman Vincent Peale, a psychologist and pastor at the time that had started practicing himself. Meditation had been growing but didn’t yet boom. It was in 1952 when Norman Vincent Peale wrote The Power of Positive Thinking, which spent 3+ years on the NYT bestseller list, that the practice of meditation started exploding (Hickey). In the book he preaches the importance of a daily 15 minute meditation habit to improve well being.

At the end of the 1970’s the “Mindfulness Movement” started with the “Mindfulness-Based Stress Reduction” (MBSR) program. The program was started by Massachusetss Medical Center Professor, Jon Kabat-Zinn (McMahan and Braun). It was an 8 week program that trained your mind through meditation to reduce stress, anxiety, depression and pain. The program was wildly successful and attracted many people (and a lot of money). It was at this point that meditation really separated from religion and became more of a health practice like going to the gym.

Since then the “mindfulness movement” has only expanded even larger. With the rise of the “attention revolution” and overwhelming technology distractions in the past decade, marketers saw an opportunity to use meditation as a solution to the problem. Since, after all, meditation at its simplest is a mind training exercise, it became a solution to problems with focus and attention.

We now live in a time where companies and distractions can reach us directly at any moment and as often as they'd like to keep us using their products or platforms (don't forget to enable notifications!). Marketers and developers are getting better and better at keeping our attention with techniques like habit forming psychology and varying reward loops. We are constantly being bombarded by notifications and advertisements, it’s no wonder we get distracted so easily. Microsoft found that since the year 2000 the average attention span dropped from 12 seconds to 8 seconds (AI Insights). Parallel that with the attention span of a goldfish: 9 seconds.

The meditation practice is positioned well to combat this problem. However, a lot of traditional buddhist are upset about the commercialization of the practice, meditation is being sold as a “wonder drug” and has been used to generate millions of dollars (Purser). Most of the marketing around meditation we see today has been appropriated to whatever resonates best with consumers (Purser), in the next section I’ll attempt to audit the noise.

‍There’s a lot of static in the meditation and wellness space going on right now, below is the scope of problems that meditation is being marketed to solve. Meditation leads to better health, weight loss (mindful eating), better sex, and lowers blood pressure (McMahan and Braun). Meditation, as a blanket term itself, will not solve any of these problems.

However, if you have a problem with eating when you’re bored, i.e. being bored is a cue for the action of eating, you can meditate and reframe your thoughts to “when I’m bored, I will read a book” and then parallel that with carrying a book everywhere you go. In this way, losing weight may be a by-product of meditation. Improved sex life and meditation do not have a direct correlation, however, if your sex life is suffering because of inability to focus on your partner then meditation before may help. Focusing on your partner and giving complete attention, which means not thinking about your to-do’s of the day while you’re in the bedroom, will naturally improve your sex life. It is possible that meditation is the vehicle for helping you do this. A stretch, but technically yes. If your thoughts or the way you think about situations are causing your blood pressure to spike then meditation could be a tool to mitigate that. If your blood pressure is being raised because of something you’re eating or a malfunction in your body then meditation won’t lower it.

Another claim is that meditation leads to reduced stress, rids anxiety, leads to happiness, and stops depression (Wilson). If these struggles (stress, anxiety, and depression) are rooted in the thoughts in your head, the way your mind is wired, meditation may be of use. Since after all, meditation is a mind training exercise, it would be possible to rewire any negative self-talk that is causing  stress, anxiety, or depression. In addition you could also replace the negative thoughts with positive reinforcing thoughts, which, in turn, may lead to increased happiness. However if you are having anxiety, stress, or depression from an external force, for example, if you are depressed because you lost your job, meditation won't solve this problem. It can reframe how you internally think about these externalities, which is very helpful, but won’t change any concrete external problems.

Meditation increases focus (attention span), productivity, and job performance (Wilson). If these issues are rooted in a restless/wandering mind, meditation may be of use. If you sit down to focus on doing something and it’s your thoughts that diverge your attention, a meditation practice before you attempt to do deep work will be beneficial. However if the problems are stemming from externalities like email, phone, notifications, and other interruptions that are making it difficult for you to be productive, focus, or do well at your job, meditation will be of little help.

In order to solve these problems, you would need to tackle the root of the externalities. Remove yourself from distracting environments, remove devices that are causing the distraction, and set boundaries around times that are for undistracted work where you can not be reached. Ultimately block all external factors from penetrating your mind with distractions. There is also something to be said for the way these externalities create thoughts in our mind. If we have been exposed to these externalities for long periods, our minds have been trained to expect a distraction (notification) every so often and naturally a fleeting thought of checking your phone/email/social or whatever it is will fly in. A meditation practice can help get these fleeting thoughts under control.

Over time meditation’s role has transformed dramatically from sacred religious practice to a commoner exercise. The rise of technology has created an opportunity for the commercialization of the meditation practice to combat problems with attention and focus. Meditation is a great vehicle to train your mind and the thoughts that bounce around inside it. However marketers have taken it even further to stretch meditation into other areas of our lives, not all of them have a direct correlation. Meditation is not a “fix all” but meditation’s role in improving wellness holds true: meditation is a mind training exercise, if the problems are rooted in one’s internal thinking then meditation is a viable option for improving one’s wellness. ‍

‍As time passes, religious participation is declining while technology use is increasing (Wilson). With the increase in technology there is a new set of challenges that comes with it; many involving focus and attention. These problems are best combated with a mind-training exercise like meditation. Meditation will prove to be a crucial tool for the focused mind in the modern age. Now that we know the benefits and how to practice we can effectively implement meditation as a tool to improve our wellness. 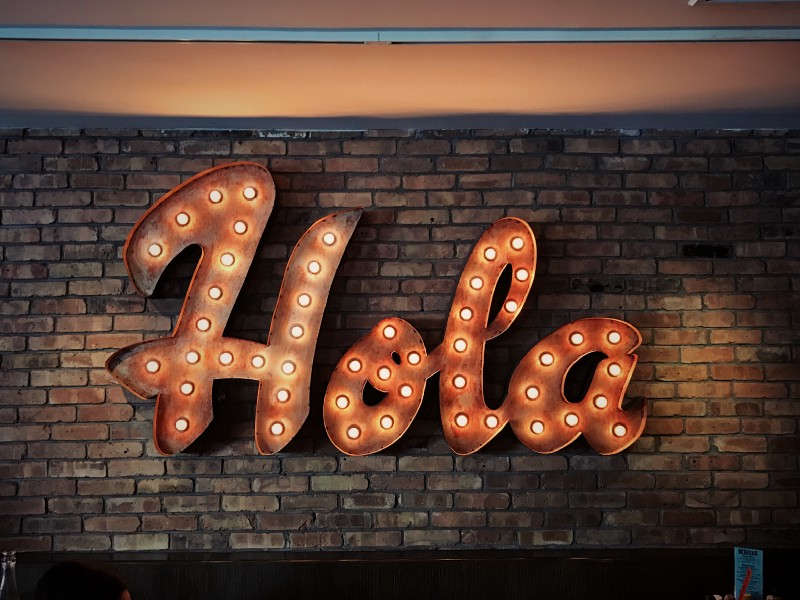 How to Learn Spanish (A Framework For Future Spanish Learners)
February 9, 2021 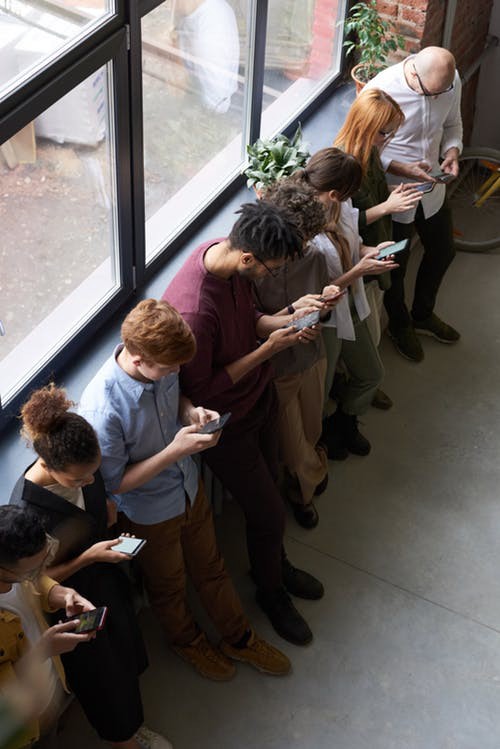 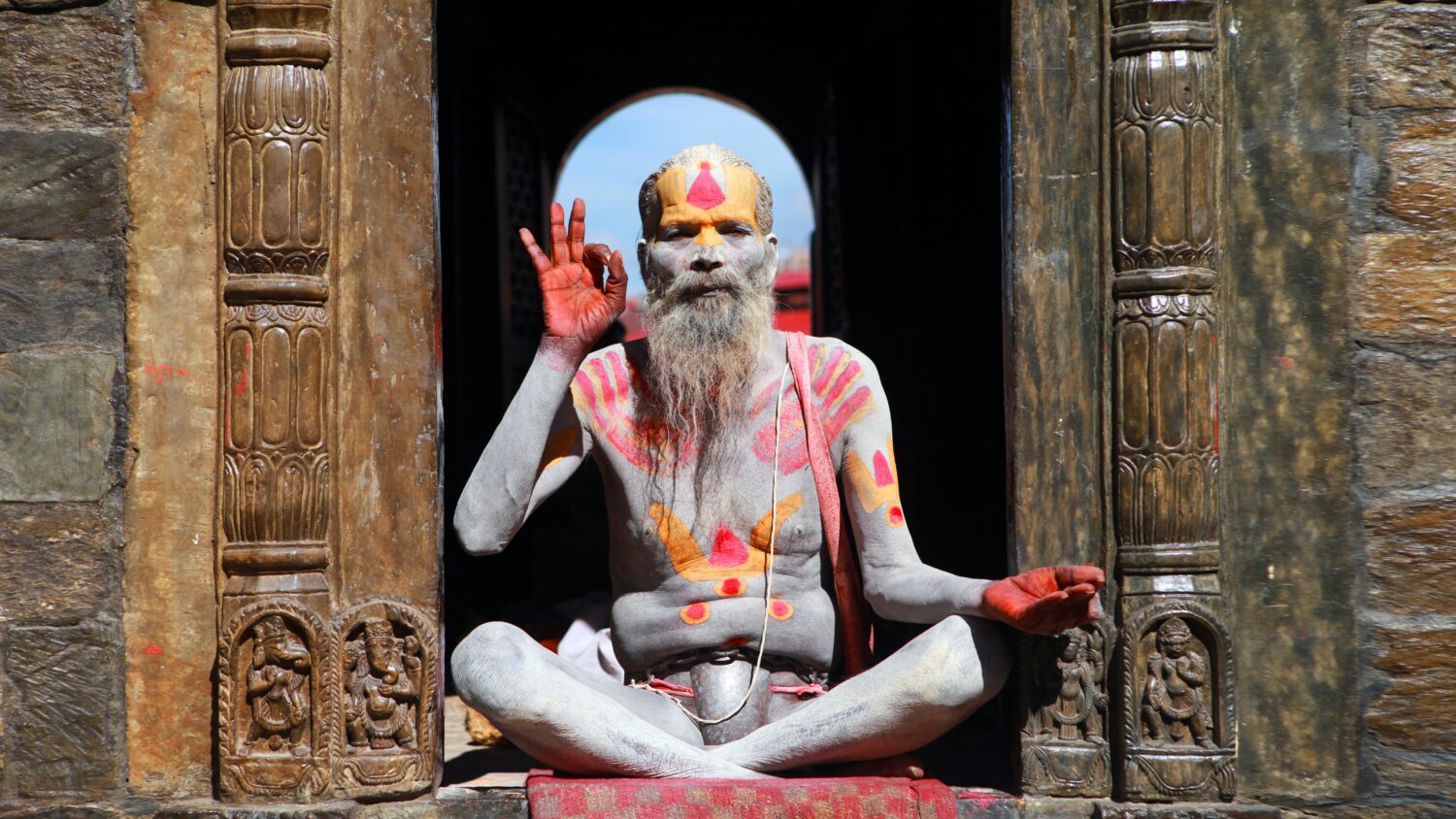 History of Meditation Use to Improve Wellness
February 9, 2021
Go Up

made w/ ❤️ in philly